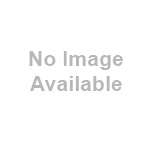 £5.95
Description Delivery Returns Shop Safe
for Soprano, Mezzo-Soprano and Piano. Edited by Roger Nichols. 16 pages. *********************************************** Lakm is set in a province of nineteenth-century India under British rule, and the opening scene, during which this duet is heard, takes place in the beautiful garden of the temple built by the Brahmin priest, Nilakantha. He hates the British invaders (for one thing, they have forbidden him to practise his religion) and the plot hinges around the clash between this hatred and the love between his daughter Lakm and the British officer Grald. Before Grald appears, Lakm and her slave Mallika sing this duet as they prepare to bathe in the river. (Roger Nichols)